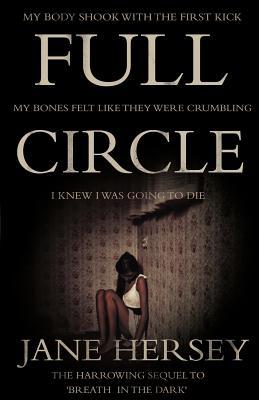 In June last year I reviewed "Breath in the Dark", Jane Hersey's childhood autobiography. Jane was born into the ultra-orthodox Jewish community of Cheetham Hill in Manchester. Shortly after the birth of her younger brother her father abandoned the family, leaving three children in the care of their mother Annie. Annie simply couldn’t cope. She suffered from depression, asthma, diabetes and a compulsive eating disorder. She was addicted to prescription drugs and spent most of her life asleep on the sofa. When Jane was just six years old Annie depended on Jane to cash the National Assistance money, blag the doctor or the chemist to give her more amphetamines and to sell the second hand clothes that the community provided to pay for food.

Her childhood was non-existent. She was socially isolated, physically and emotionally neglected, and sexually abused by her father on the few occasions when she came into contact with him. By the time Jane was thirteen her mother had died and Jane was already showing symptoms of mental illness, including traits of OCD and Bulimia. She was regularly being fired from badly paid dead-end jobs partly because she had missed so much education that her work-skills were limited, but also because her social skills were almost non-existent. She simply didn't fit in anywhere. She was without a friend in the world.

Jane's first book ends abruptly when she is sixteen. Almost on a whim, she leaves the ultra-orthodox community of North Manchester to take a job as a chambermaid in a hotel in Windermere in the English Lake District. "Full Circle" continues her story from the age of 16 to the age of 28.

The cycle starts to repeat itself - she's fired from one job after another, fellow workers steal from her because she's too gullible to notice, her odd behaviour gets worse and worse. She's sexually abused and ends up living in Liverpool, married to the father of her son. It's a shotgun marriage, her husband regularly beats her to a pulp and his working class Catholic family are anti-Semites. Chillingly, her father-in-law describes seeing "The Angel of Death” in the bedroom, because. “She's a Jew." It's hard to believe that words like that were spoken in England in the 1970s.

So she flees the marital home in Liverpool and returns to Manchester with her baby son. At one point she takes a room in a brothel because she's too innocent to know why the landlady has taken her in. The landlady takes Jane's social security payments. Finally she returns to the ultra-orthodox community that had let her down so badly in the first place. The same cast of characters - relatives, social workers and community leaders who proved unable to help her in "Breath in the Dark" are still unable to come up with the help she needs. Things are complicated because she has "married out" to a gentile. This leads many members of the community to ostracise her, and one solution that is tried a few times by community leaders is to marry her off to old widowers who need to be taken care of. But her behaviour is too bizarre even for that plan to succeed.

She has sporadic contact with the mental health services. A middle aged Jewish psychiatrist describes her as being "of low intelligence". A more sympathetic psychologist explains to her "Someone shows you kindness and you reject them. Another rejects you and you smile.....You have things the wrong way round."Finally a psychiatrist gets to the bottom of Jane's problems. " She needs a mother. She's never been nurtured."

By the time Jane is twenty eight she's coping -just - by doing cleaning jobs and collecting glasses in pubs, and bringing up her son who's now at junior school. Then she meets the man she's now been married to for many years, and finally gets the consistent and regular psychiatric help she's needed for all of her troubled young life.

The psychotherapeutic community she is given a place in at the age of thirty recognises that she is far from being "of low intelligence" and shows her how to use writing as a form of therapy. "Breath in the Dark" and "Full Circle" are the result. They are both deeply disturbing and harrowing books to read, but they do show positive outcomes are possible even for the most distraught, abused and alienated children of our society. I wholeheartedly recommend these books.