At the end of March Marilyn and I visited Cape Town. One Monday morning we took the ferry to Robben Island, the bleak outpost in the Indian Ocean where the Apartheid regime, like the British Empire and Dutch empires before it incarcerated its political prisoners. 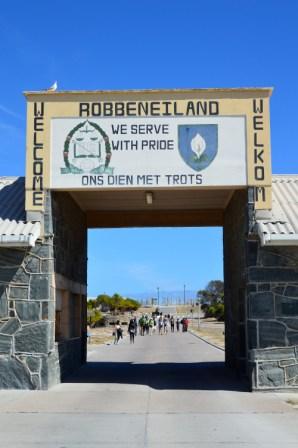 Each group of tourists is given a talk by a former prisoner. Given that the political prison closed over twenty five years ago, I was surprised how young our allocated prisoner seemed. In a bleak dormitory with grey walls, grey ceilings, barred windows and a grey floor covering, our prisoner told us that he arrived there as an eighteen year old in 1986. He had been sentenced to seven years for sabotage.

He never told us his name, but he did tell us that his offence had been to set fire to a rent office in a township one night. The people who lived in the Township were on rent strike. They had all been resettled there against their will when their former homes had been demolished to make way for white people, and they considered the rents changed by the regime to be excessive. By burning the rent office down, the regime would no longer have any records showing the rent arrears.

He talked about the Island's most famous prisoners - the "Rivonia Six" - Nelson Mandela, Walter Sisulu, Govan Mbeki, Elias Motsoaledi , Raymond Mhalaba and Ahmed Kathrada - who were convicted of treason in 1964, and, in Mandela's case, not released until 1990. Our prisoner said what an inspiration these men had been to him during the period he shared their place of internment.

Five of these six prisoners were classed by the regime as "Bantus", while Kathrada was classed as an "Asiatic". In the complex hierarchy of racial groups that was a cornerstone of Apartheid, Asiatics were considered to be superior to Bantus; which meant that only Kathrada was allowed to wear long trousers and eat meat, and he also had a larger bread ration than the others. 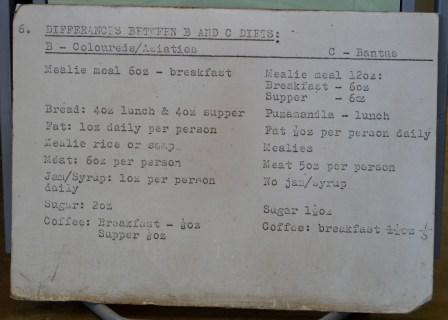 The purpose of not allowing Bantus to wear long trousers was to infantilise them. If they were treated as children they wouldn't be a threat. And this absurdity is one of the reasons that the system collapsed. The founding fathers of the Apartheid regime could see no reason why they should educate the majority of the population to become anything than gardeners, labourers or maids, but a modern economy needs engineers, scientists and doctors. This contradiction was one of the reasons why the system collapsed in the 1990s. It was no longer sustainable.

That night, Ahmed Kathrada, who , like his friend Mandela, had spent eighteen years in custody, died aged eighty nine. His funeral was held the following day, and all the South African TV stations gave it blanket coverage. The country's controversial president, Jacob Zuma, another Robben Island alumnus, was told by Kathrada's family to stay away as he was not welcome.

On the day that Kathrada was buried, Marilyn and I went on a tour of the Cape Peninsula. We'd hired a taxi for a day, and Abdenir, our driver, stopped his immaculate Nissan saloon over twenty times to show us spectacular sights. We saw long sandy beaches with great white breakers, green mountains, rugged cliffs and wide blue skies. I remember one inspiring view of both the Atlantic and Indian Oceans as we headed back from the Cape of Good Hope. He stopped the car so that we could admire a herd of Ostriches walking along an Atlantic beach, the three of us laughed at three young German tourists who decided that the best way to avoid the attention of the baboons is to run away from them, and Marilyn and I walked the length of Boulders Beach, home to a large colony of Penguins.

Abdenir is both a good host and an interesting travelling companion. He is a refugee, a legal immigrant from Somalia. He is one of over a million South African residents who are refugees from war zones. His father was killed in the civil war, and he and his wife, who are bringing up four children of their own, have adopted another child, the daughter of friends who both lost their lives when the little girl was only eight months old . Some of the conversation between the three of us touched the subject of human rights. Abdenir is both an optimist and an Anglophile. He looks forward to the day when it will be safe for him to return to Somalia and thinks that many young people who have been part of refugee families in the United Kingdom, and have benefited from its education system will return and make great contributions to Somali civic society. He was full of praise for David Cameron and William Hague - who are hardly my political heroes - who he told us had given significant amounts of time, as well as funding, in an attempt to find a resolution to the conflict in his country.

We said goodbye to Abdenir almost eight hours after we had got into his car, went back to our hotel and turned the TV on. the local stations were still covering Ahmed Kathrada's funeral. We watched as former president Kgalema Motlanthe received a standing ovation and loud cheers as he read out parts of an open letter that Kathrada has sent to Jacob Zuma asking him to resign less than twelve months earlier. 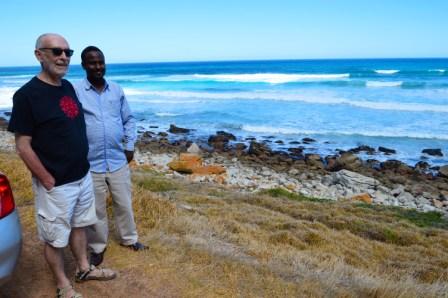 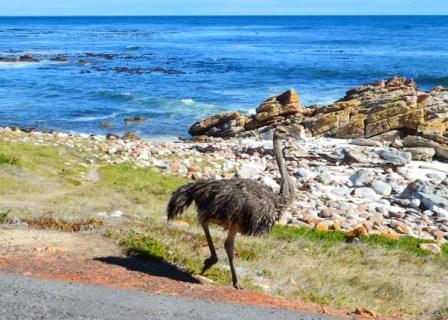 Ostrich on an Atlantic beach near Cape Point 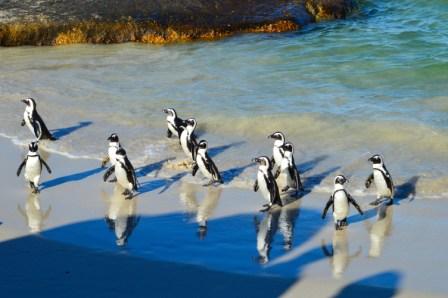